It's only natural to want a little revenge when you've been the target of a practical joke, but try not to take it too seriously. Here are a few prank suggestions that will help you keep your retaliation light-hearted and clean so everyone still has fun.

Buy a new bar of soap and paint it with clear nail polish all over. Let it dry, and then replace the soap of the person you want to prank. The person you're targeting for a little revenge will probably get a bit frustrated trying to figure out why he can't lather up, but this joke is relatively harmless. Just don't pull it when he's in a hurry to get ready for work or an important appointment.

Pour some brown paint into a Styrofoam cup, and then tip cup over onto wax paper. Let the mess sit there until it dries, and then remove the wax paper. You now have a 'coffee cup spill' you can leave on your prankster's desk that will definitely give him a startle. 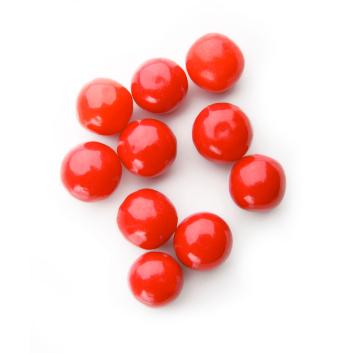 Give your target a jar of cherry jawbreakers. Wait a few days, go back and replace all the jawbreakers with cinnamon fireball candies, and then wait until the fireworks begin.

Don't pull this joke on anyone who is likely to react violently without thinking. Get a brand new spray bottle from the health and beauty isle at your local store, and put a little warm water into it. Sneak up behind your prankster, pretend to sneeze, and squirt the water at the back of the person's head. Immediately put some distance between the two of you and show him the spray bottle so he can see it was just water.

Add a packet of powdered Kool-Aid to your target's shower fixture. When he turns on the water, he'll get a colorful surprise.

If you happen to live with your prankster, you can get a little revenge by washing his white underwear with something red. This will turn the underwear pink. Next, return the dried underwear to his dresser, and wait for the reaction when he goes to grab a clean pair.

Look for some more realistic-looking gummy worms, and drop a few in your prankster's soup when he isn't looking. The look on his face will be priceless when he spoons one up. 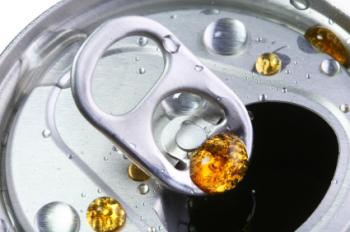 Drop an M&M or other piece of small, sweet candy into your prankster's open can of cola. The cola will soon start foaming like mad. Definitely don't play this joke on anyone working next to electronic equipment and, as with all food pranks, be sure your target doesn't have any food allergies that could turn your prank into a dangerous situation.

Leave your target a voicemail message where you deliberately omit every other word. Make it sound as though the message is important, but not "life threatening." Your prankster will probably waste time trying to figure out what the message said.

This prank is a bit more sophisticated than the phony dog poop that people buy at joke shops. Buy some brown polymer clay, work some dried corn into it for realism, and shape it into a realistic form. Place it beside the toilet so your target can't help spotting it the moment he walks in to use the facilities. Make sure you're close by so you can hear his reaction when he spots the fake poop.

It's easy to lose focus and forget about safety when you want a little revenge for a joke that has been played on you. Here are a few tips to keep the pranks from getting out of hand: 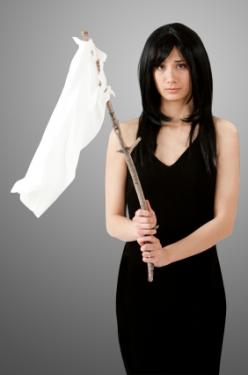 As the practical jokes become more elaborate, so does the risk of a mishap. Even if you get your revenge and the other jokester retaliates again, try to let it go.

2. Know Who You're Dealing With

Attitudes can change quickly in a situation like this. You want to be sure the person you're trading pranks with is stable enough to keep the situation safe from his end.

Make sure the target of your practical joke will definitely be the recipient of your prank. It's all too easy for an innocent bystander to get in the way.

4. Be Careful with Your Choices

Part of playing a clean joke is protecting yourself, so don't choose a prank that can be perceived as threatening or harmful. For example, playing a joke via email could be perceived as cyberbullying, so think before you act.

People are more likely to wind up hurt if you go off half cocked. Try to think of ways your prank could go wrong so you can reduce the chances of that happening.

Recognize When Enough Is Enough

All prank wars eventually come to an end, and the key is recognizing when that should happen. Always think before you act, and stop retaliating if the practical jokes make you or your target feel truly upset or uncomfortable. You may not want to be the one who gives up, but sometimes it's better to be the bigger person and declare a truce.