Unfortunately, dangers exist online, and it is important for both children and adults to take precautions when using the internet. Parents need to be cautious and aware of security, and should also monitor their children's internet use to prevent abuse or identity theft.

In a survey of 825 adults and children between the ages of seven and 16, Shared Hope International found one out of eight parents allowed their children to use the internet from the age of two. Consequently, only one out of 10 make their children wait until they are 10 or older, as recommended by experts.

As a result, many children are using the internet unsupervised at an early age. Studies found that over 71 percent of parents do not supervise their children's internet use after the age of 14, yet a shocking 72 percent of all missing children cases that begin online involve children who are 15 or older.

Unfortunately, regardless of parental intentions and involvement, the Kidsafe Foundation reports nearly 32 percent of teenagers hide or delete their browsing history from their parents. It is imperative for parents to be diligent. Likewise, 16 percent of teens have email or social media accounts their parents are unaware of. Often, children even lie about their ages in order to create such accounts, attracting attention from older children or even adults.

The National Center for Missing and Exploited Children (NCMEC) reports 15 percent of children between ages 10 and 17 have been contacted via the internet for sexual intent. It is highly likely many of these solicitors are sexual predators. Adults and children need to use the same precautions online they do when confronted with a stranger face-to-face. According to the Associated Press, over 90,000 sexual predators have been discovered and removed by authorities from the vast social networking site MySpace, once popular among teenagers. Many of these predators have been tried, convicted, and are now incarcerated.

Contrary to popular belief, children and teenagers are more likely to be solicited online by peers their own age. A majority of these online sexual solicitations are by males between the ages of 18 and 55. As previously stated, their victims almost always go willingly to meet these predators. Around 26 percent of online sex offenders found out their victims exact whereabouts by using information posted on the victim's social networking site.

As the internet grows, so does solicitation of minors for sex. A survey by the Santa Clara, CA Sheriff's office reports solicitation of sex online is growing at the rate of 1,000 percent each month! This is another reason it is important individuals do not make their whereabouts and contact information public.

Often, teenagers and sometimes even adults are Facebook friends and have conversations online with individuals they have never met in person. Teenagers are trusting - often willing to meet with strangers. A recent study found 16 percent of teenagers have simply considered meeting someone they have conversed with online, and 8 percent have actually physically met with someone.

A recent study found only 62 percent of teens have their Facebook account set to private. A staggering 17 percent have all of their information, including contact information and whereabouts, public.

Research indicates one in seven teenagers have taken a nude or semi-nude photograph of themselves, and over half of those photographs taken have been shared with another person via the internet. It is important to note once something crosses the internet, there is no way to remove it.

There are several anonymous conversational apps and sites where individuals can ask questions or post information to others. These anonymous apps, which include Whisper, Yik Yak, and Ask.FM, are dangerous because they promote bullying. Hiding behind a computer screen, anonymous bullies can easily taunt, tease, and put down others.

Believe it or not, adults, especially senior citizens, are suspectible to cyber bullying, just as are children and teenagers. It is important to never respond to threatening or obscure messages and to always remain diligent and to report any abuse, whether suspected or proven.

Children are victims of identity theft more often than is known. In fact, compared to adults, children under the age of 18 are 51 times more likely to have their identities stolen. Criminals target children because they have clean credit records and, as previously reported, frequently post personal information publically. Criminals are sometimes able to use an unsuspecting child's identity for years unnoticed. 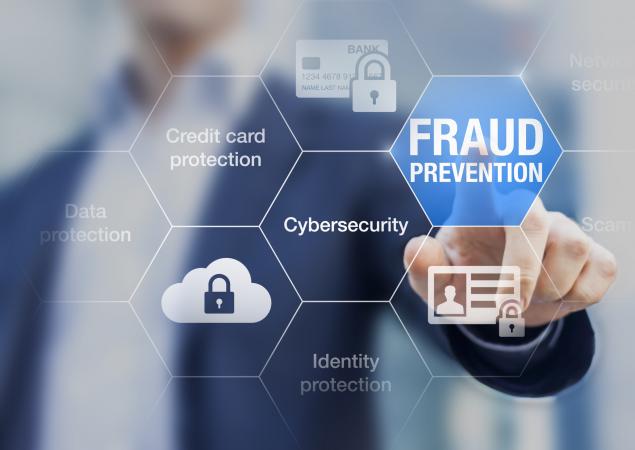 Internet safety is as important for adults as it is for children and teens. In a recent survey, one in 10 adults who use social media claim to have been a victim of a cyber attack. It is important to have security and ant-virus software installed on all computers, especially those holding personal information.

Cell phones are great for keeping in touch and in case of emergencies. Many parents buy cell phones for their children. In fact, approximately 69 percent of 11 to 14-year-olds have their own cell phones. All cell phone users need to be aware that a cell phone's GPS can provide others with the user's exact physical location. Also, always be cautious about posting personal cell phone numbers online.

It is important to be aware and diligent when surfing the web. Web usage and history is constantly being tracked. Visiting insecure or inappropriate websites can compromise your personal and financial information or harm your computer. Again, security and ant-virus software are a must for all computers.

Online shopping is more compelling than ever, no doubt because of its convenience and affordability. According to Business Insider, 78 percent of the U.S. population age 15 and over made an online purchase during 2014. Needless to say, cyber criminals have learned to exploit this convenience. One should always use a secure connection, never use a public computer, and ensure websites are legitimate and secure before placing an order online. Following these precautions will provide shoppers with a safer experience.

Video games have come a long way in recent years. With the many gaming options available, parents need to be aware most gaming devices can directly connect children to the internet and other players. Fortunately, most gaming devices have parental controls and safety settings. These settings allow restricted access, restricted audio chat use, and allow the choice of whom to play. Parents should also limit the amount of time their children play video games.

From privacy concerns to sexual predators and identity theft, lots of dangers exist on the internet. Children and teenagers need supervision when using the internet whether they are 5 or 15 years old, and adults need to remain attentive as well. Attention to specific safety concerns, such as sharing whereabouts, photos and personal information, as well as always maintaining a sense of awareness and diligence, will go a long way in protecting your loved ones.

5
Comments
© 2006-2020 LoveToKnow, Corp., except where otherwise noted. All Rights Reserved.
15 Facts About Internet Safety for Parents